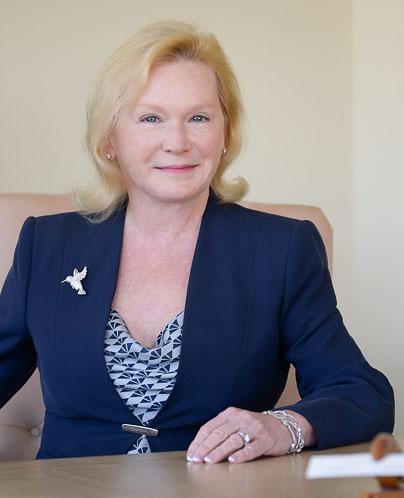 Chérie R. Kiser is a Partner at Cahill Gordon & Reindel LLP, one of the nation’s leading law firms, where she heads the Communications practice group and manages the Washington, D.C. office.   With nearly three decades of experience in the communications industry, she has advised and directed major communications corporations through a period of dramatic growth, technological innovation, and regulatory uncertainty in the voice, video/media, Internet, and data markets.

Ms. Kiser has substantial experience identifying and grappling with the broad spectrum of issues confronted by companies operating in the information services marketplace. Investment banks as underwriters and commercial banks as arrangers, as well as other financiers in communications-focused transactions rely on her deep knowledge of the industry to evaluate investments through initial public offerings, mergers and acquisitions, debt issuance, notes offerings, and other transactions.  Over the past ten years, she has advised international financial institutions and private equity companies on numerous communication transactions, ranging in values from $200 million to more than $10 billion.

Chérie also has guided numerous companies through acquisitions and business integrations to achieve corporate efficiencies and increased revenue. Her years of direct industry involvement during the emergence of many of these new technologies have given her a rare ability to evaluate any issue confronting communications companies from a business, regulatory, technical, and legal perspective
As a trusted advisor to boards of directors, Ms. Kiser has addressed issues associated with fiduciary duties of board members, management compensation, government audit rights, Congressional investigations, and budget authority, access to information, and CEO employment and severance.  She has a thorough grasp of the myriad issues confronting corporate boards of directors and substantial experience evaluating and addressing those issues.

International business transactions have been part of Chérie’s practice as well.  She has provided counsel on significant complex business dealings associated with foreign communications service providers located in Singapore, Japan, China, Brazil, Israel, France, Switzerland, Australia, and India. She has spoken at conferences in Sao Paulo, Brazil, and Tel Aviv, Israel, addressing the concerns of equity investors and others about the new technologies services market.

As part of law firm management for nearly two decades, Chérie has managed firm operations and finances.  She has also worked to develop and oversee programs and policies that foster a diverse work culture.  At Cahill she serves on the Women’s Initiative Committee and is actively involved in issues concerning diversity and women in the workplace. Her prior firm of Mintz, Levin, where she was Chair of the Diversity Committee, was recognized by multiple publications and organizations as a leader in the law firm diversity movement during her tenure.

‘Chérie is recognized as a leading communications lawyer in Washington, D.C. by Chambers USA and The Legal 500.  In 2015 she was named one of the 75 “Outstanding Women Lawyers” in the United States by The National Law Journal.