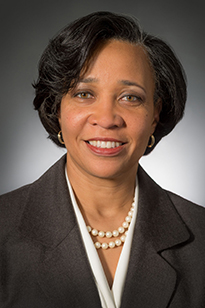 Ms. Walker is a member of the board of directors of Lincoln Electric Company (NASDAQ: LECO), a $6 billion global manufacturing company, where she serves on the Nominating and Corporate Governance and Compensation and Executive Development Committees.

Additionally, she has been a leader and advisor to boards and an active and regular participant at both the board and committee levels at several publicly traded companies, from big box retail to global consumer products to companies in the highly regulated public utility, aerospace and defense and chemical industries.

In her current role at Eastman, Walker reports to the CEO and has overall leadership responsibility for Eastman’s legal organization of over 400 professionals, which includes corporate governance, compliance and litigation management, as well as government affairs, product stewardship and regulatory affairs, global business conduct and the company’s global health, safety, environment and security organization.

Walker was appointed to her current position in 2020 after having served as Executive Vice President and Chief Legal Officer of Huntington Ingalls Industries, Inc., America’s largest military shipbuilder (NYSE: HII).  At HII she provided advice, guidance and counsel to the business on legal and regulatory matters as well as overall strategic direction, having led a team responsible for all aspects of the company’s legal affairs. Prior to joining HII, she was Chief Administrative Officer at American Water Works Co. (NYSE: AWK), the country’s largest investor-owned water and wastewater utility company where she led a team of over 200 professionals having responsibility for the human resources, information technology, government affairs, corporate communications and legal departments.  As a member of AWK’s Executive Leadership Team, she led a $300 million multi-year strategic business systems transformation, including change management and culture transformation.  Ms. Walker also previously served as Senior Vice President and General Counsel of Diageo North America and was one of the top leaders worldwide at London Stock Exchange traded Diageo, plc.  During her tenure, she was responsible among other things for instituting a compliance program in the North American business operation which served as the model for the global compliance program, and for reorganizing the supply chain and procurement support process. Ms. Walker also previously served as Senior Vice President, General Counsel and Secretary of BJ’s Wholesale Club and as a corporate partner in major law firms in Boston and in New Orleans.

Ms. Walker has a strong commitment to serving her community through a variety of civic and non-profit organizations, including serving as a gubernatorial appointee on the Board of Visitors of Christopher Newport University, as an Advisory Board member of the Georgetown Law Corporate Counsel Institute, serving on the National Constitution Center Corporate Council and as a member of the Board of Directors and Development Committee chair of ACHIEVEability, an organization dedicated to ending the cycle of poverty through education and promotion of home ownership.  Walker has been broadly recognized for her achievements, including being a Fellow of the American College of Governance Counsel (2020), having been named by the Financial Times as a Global 20 General Counsel (2019), a “Legend in the Law” by the Burton Foundation (2014) and having also been named a Philadelphia Woman of Distinction (2011).

Ms. Walker received her B.S. from Louisiana Tech University in 1987 and her J.D. from Emory University School of Law in 1992.