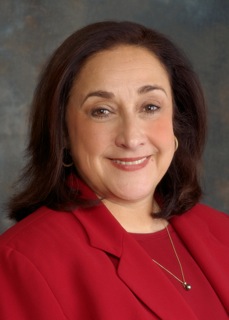 Susan Tomasky has held numerous leadership positions in the energy industry, government and the Ohio business community. She served in several senior executive positions at American Electric Power, including President, AEP Transmission, Chief Financial Officer, General Counsel, and Executive Vice President for Shared Services. Prior to that, she was engaged in private law practice in Washington, D.C., and also served as general counsel of the U.S. Federal Energy Regulatory Commission, where she led efforts to craft rules establishing competitive electricity markets in the U.S.

Tomasky currently serves on the Boards of Public Service Enterprise Group and Marathon Petroleum Co. and chairs the Audit Committees of both companies. She is also an Independent Trustee of the Fidelity Mutual Funds Board.  Previously, she served on the Boards of Andeavor Corp, where she was Lead Director, and the Federal Reserve Bank of Cleveland, chairing their Audit Review Committee. She has served on the boards of numerous education and arts organizations including, currently, Kenyon College, the Columbus Association for the Performing Arts, and the Royal Shakespeare Company-America, where she is Board President. Tomasky is a frequent speaker on energy issues, board governance and women in leadership.

Ms. Tomasky was named among the 100 Most Influential Corporate Directors in 2016 by the National Association of Corporate Directors. In 2001 and 2002, she named one of the world’s “50 key women in energy worldwide” by Commodities Now magazine. She has received numerous professional and community awards, including YWCA Woman of Achievement and the 2011 and Glass Ceiling Award from the National Diversity Council. She is a graduate of the University of Kentucky and received her J.D. from the George Washington National Law Center. She lives in Columbus, Ohio and Queenstown, Maryland.