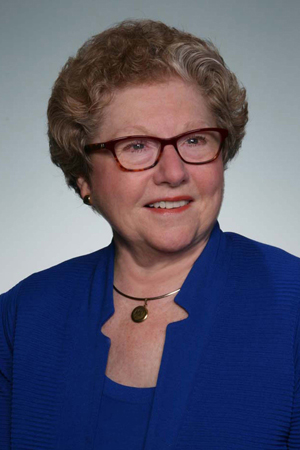 Advisory Board Member; Class of 2009

After graduating Phi Beta Kappa from Wake Forest University, Ms. Arrowood attended its School of Law and graduated in 1976. Ms. Arrowood spent a year in the Antitrust Division of the North Carolina Attorney General’s Office. In 1977, she joined former Governor Terry Sanford’s law firm in Raleigh, North Carolina. From 1986 to 1989, she chaired the firm’s management committee during which the firm merged to form Parker Poe Adams & Bernstein LLP. Ms. Arrowood served on the combined firm’s management committee from 1989 to 2000. Since completing her term on the firm management committee, she has continued to serve the firm in a number of capacities and has devoted particular attention to the promotion and mentoring of women and minority lawyers.

Ms. Arrowood has a business background. From an early age, she worked in a group of family owned businesses. These businesses, founded by her great grandfather in 1899, included farming, commercial real estate, warehouses and retail operations. The family businesses are now being managed by the fifth generation of her family. Ms. Arrowood has served on the boards of directors for these businesses since 1976. Ms. Arrowood also currently serves as a member of the Board of Directors of Rex Healthcare, Inc.

Ms. Arrowood’s law practice focuses on solving business crises preferably through negotiation and mediation using litigation or arbitration where needed. Her clients include domestic and international companies which operate in highly regulated environments, such as public utilities, health care, pharmaceutical companies and companies regulated by the FAA. Ms. Arrowood is a member of the Panel of Neutrals for the American Arbitration Association and the International Centre for Dispute Resolution. She regularly serves as an arbitrator and is also a Certified Superior Court Mediator.