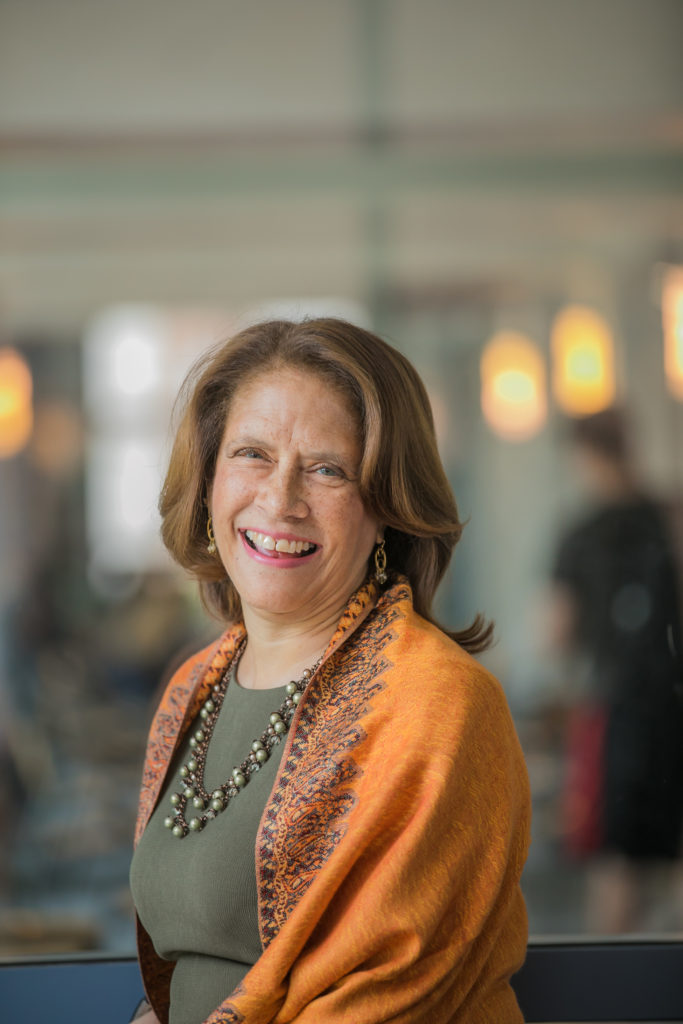 Georgette Chapman Phillips is the Kevin L. and Lisa A. Clayton Dean of Lehigh University’s College of Business. Dean Phillips is a seasoned executive and administrator with considerable managerial and financial oversight experience. Dean Phillips also has a breadth of experience and expertise in commercial real estate and urban planning. Her administrative knowledge coupled with her subject matter expertise allows her to analyze business issues from several vantage points.

As Dean, Phillips has bottom line financial, academic and management responsibilities for all aspects of the business school. Dean Phillips has extensive experience overseeing a budget and financial reporting with responsibility for managing the Business School’s $35 million budget and has raised over $20M in her five years as Dean. She overhauled the financial reporting lines of the business school to better realign money to mission. Dean Phillips has considerable management experience overseeing a team of 140 employees and has significant capability in strategic planning. Since taking the role in 2014 Dean Phillips has overseen the implementation of major strategic initiatives such as the expansion of both the undergraduate and graduate programs as well as creation of the Executive Education program. In doing so she has regular interaction with her Dean’s Advisory Council and the Board of Trustees for Lehigh University.

In addition to her current role, Dean Phillips has held several administrative appointments including Vice Dean and Director of the Undergraduate program at Wharton where she managed a 30-person staff, oversaw the budget and financial controls for the undergraduate division and played an extensive role in fundraising. Prior to serving as Vice Dean she was chair of the Real Estate where she managed curriculum, faculty and real estate industry engagement.

Dean Phillips is also an award-winning teacher of courses in real estate law and urban planning. In addition to her role as Dean, Phillips is a professor in both the Perella Department of Finance in the College of Business and in the Africana Studies Program in the College of Arts and Sciences. Before joining Lehigh University, Dean Phillips was the David B. Ford Professor of Real Estate, and Professor of Legal Studies at Wharton and Professor of Law at the University of Pennsylvania Law School. Dean Phillips has published widely on issues involving real estate and public policy. This academic experience draws on and amplifies her knowledge of the public and private aspects of real estate and urban planning, most notably the secondary mortgage market. She has served as an expert witness and has provided industry consultancy in this area.

Dean Phillips served eleven years as a Trustee of Bryn Mawr College. In addition, she has served on several non-profit and advisory boards, including St. Mary’s Episcopal Church, Commonwealth Youth Choirs, and the American College of Real Estate Lawyers.

Dean Phillips is a sought-after speaker and frequently lectures internationally on topics in commercial real estate and urban planning as well as international business topics including the impact of technology on both industry and education. Dean Phillips has been featured in the Washington Post, Biz Ed, Fast Money and other press outlets. She was selected to speak at the Aspen Ideas Festival where she was named an Arthur Vining Davis Fellow.

Dean Phillips received her JD from Harvard Law School and her BA in Political Science and Hispanic Studies from Bryn Mawr College.