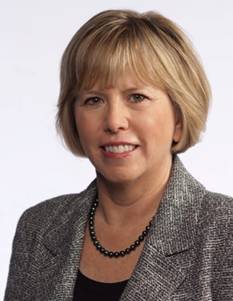 Ms. Dhillon practiced law in the private sector for over 25 years. Prior to joining the EEOC, Dhillon served as Executive Vice President, General Counsel and Corporate Secretary of Burlington Stores, Inc. (NYSE: BURL), a nationally recognized retailer of high-quality, branded apparel at everyday low prices. Burlington operates over 500 stores across the United States. In her role as General Counsel, Ms. Dhillon was responsible for all aspects of the legal function at Burlington.

Previously, Ms. Dhillon served as Executive Vice President, General Counsel and Corporate Secretary of JC Penney Company, Inc. (NYSE: JCP) from 2009 to 2015. As General Counsel, Ms. Dhillon was responsible for all facets of the legal function at JCPenney, including corporate securities, transactions, litigation, tax, real estate, labor and employment and regulatory issues. She also oversaw the Company’s Government Affairs function, as well as its Ethics and Compliance Group. In addition to her responsibilities at JCPenney, Ms. Dhillon served as Chairman of the Board of the Retail Industry Leaders Association Retail Litigation Center for two years. The Retail Litigation Center’s mission is to give the retail industry an opportunity to weigh in at the appellate level on legal issues of significance to the industry. In 2014, while at JCPenney, Ms. Dhillon was named Outstanding General Counsel – Large Legal Department – Dallas/Fort Worth, by the Association of Corporate Counsel and D CEO Magazine.

Before joining JCPenney in 2009, Ms. Dhillon served as the Senior Vice President, General Counsel and Chief Compliance Officer for US Airways Group, Inc. As General Counsel, Ms. Dhillon was responsible for the Legal Affairs and Corporate Security functions. During her tenure at US Airways, Ms. Dhillon oversaw the legal aspects of the merger of US Airways and America West Airlines, Inc., and was responsible for integrating the two airlines’ legal departments. In 2008, while at US Airways, Ms. Dhillon was named one of the ten most influential lawyers in Arizona by Arizona Business Magazine.

Ms. Dhillon began her legal career at the law firm of Skadden, Arps, Slate, Meagher & Flom LLP, where she practiced for 13 years, working in its Los Angeles and Washington, D.C. offices.