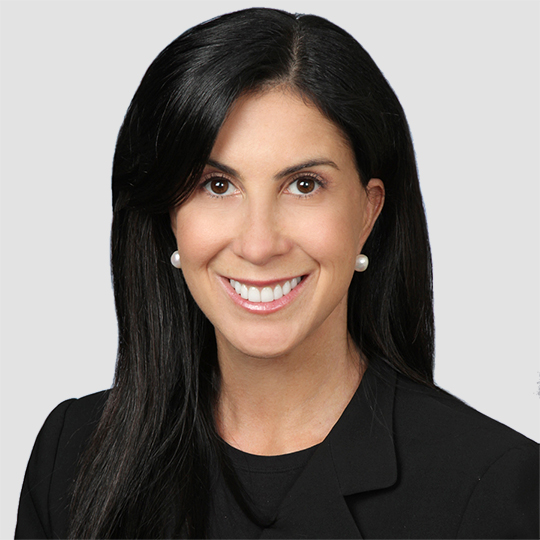 Jennifer is a Shareholder (Partner equivalent) in the Washington, D.C., office of Greenberg Traurig LLP, a global law firm and the third largest in the United States.  She has represented numerous public and privately held companies and advises boards, committees, individuals and organizations through high stakes conflicts and risks.  She has significant experience in government contracts, mergers and acquisitions, risk management, regulatory compliance, corporate governance and litigation.

As a colonel in the U.S. Army Reserve, Jennifer serves as the Staff Judge Advocate (general counsel equivalent) for the 200th Military Police Command, a two-star command and the senior law enforcement organization within the U.S. Army Reserve with nearly 18,000 soldiers serving across the United States.  Previous assignments include a brigade-level command where she led an organization of nearly one hundred senior ranking military lawyers that supported the Office of the Judge Advocate General, the U.S. Army Legal Services Agency, and The Judge Advocate General’s Legal Center and School; Deputy Legal Counsel to the Chairman of the Joint Chiefs of Staff (Fiscal Law and Ethics); Vice Chair and Professor (Contract and Fiscal Law), The Judge Advocate General’s Legal Center and School; Associate General Counsel, Defense Intelligence Agency (Operations); and Senior Legislative Advisor, Military Personnel and Policy, Office of the Secretary of Defense.  Earlier in her military career, Ms. Zucker served on active duty in the United States, South Korea and Germany.

Drawing on her extensive business and military leadership experience, Jennifer serves on the board of directors of SRC Energy, Inc. (NYSE: SRCI).  SRC Energy is an oil and natural gas company engaged in the acquisition, exploitation, exploration, development, and production of oil and natural gas assets in the United States.  She is chair of the Compensation Committee and serves on the Governance and Nominating Committee.

Jennifer is a graduate of Boston University, received her J.D. from Brooklyn Law School, and M.S., Strategic Studies, from the US Army War College.  She is a candidate for a Master of Laws degree from George Washington University School of Law.