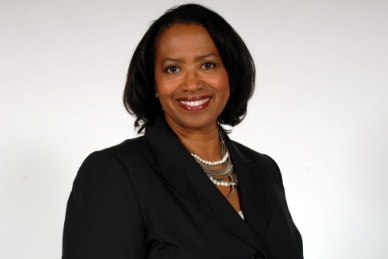 Ms. Wilson-Thompson joined Walgreens in January 2010. She held several positions for Kelloggs from 1992 to 2010 and left Kelloggs as Senior Vice President of Global Human Resources. She also worked as Vice President and Staff Counsel of Litigation and Banking Law for Michigan National Corporation in Farmington Hills, Mich., from 1986 to 1991.

Ms. Wilson-Thompson earned a bachelor’s degree in English from the University of Michigan in Ann Arbor in 1979, a Juris Doctorate in 1982 and an LLM, master of laws in corporate and finance law in 1996, both from Wayne State University in Detroit.

Ms. Wilson-Thompson is a board member on the Tesla, Inc. and Wolverine World Wide, Inc. boards of directors. She previously served on the boards of Ashland Global Holdings, Inc. and Vulcan Materials Company. Ms. Wilson-Thompson serves on the NAACP Special Contributions Fund Board of Trustees, The Chicago Children’s Choir, The American Red Cross of Greater Chicago, The Alumni Association of the University of Michigan, and Skills for Chicagoland’s Future and is a member of the National Advisory Board of the National Civil Right Museum. Additionally, Ms. Wilson-Thompson was named by Black Enterprise magazine in 2012 as one of its “Top 100 Most Powerful Executives in Corporate America.”

As the nation’s largest drugstore chain with fiscal 2013 sales of $72 billion, Walgreens’ vision is to be the first choice in health and daily living for everyone in America, and beyond. Each day, Walgreens provides more than 6 million customers the most convenient, multichannel access to consumer goods and services and trusted, cost-effective pharmacy, health and wellness services and advice in communities across America. Walgreens scope of pharmacy services includes retail, specialty, infusion, medical facility and mail service, along with respiratory services. These services improve health outcomes and lower costs for payers including employers, managed care organizations, health systems, pharmacy benefit managers and the public sector. The company operates 8,216 drugstores in all 50 states, the District of Columbia, Puerto Rico and the U.S. Virgin Islands. Take Care Health Systems is a Walgreens subsidiary that is the largest and most comprehensive manager of worksite health and wellness centers and in-store convenient care clinics, with more than 750 locations throughout the country.