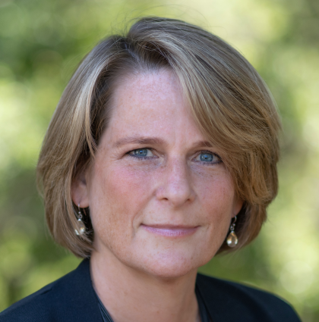 Mary is an experienced executive and corporate Board member.  She has spent more than 30 years in the financial services and technology sectors, working with companies ranging in size from early stage startups to large, publicly traded global enterprises based in the United States and Europe.

Mary currently serves on the Boards of Vestwell, a technology platform for workplace savings and investing programs; SeedFi, which provides savings, credit, and credit building products to consumers; and  Woodruff Sawyer, one of the country’s largest privately-held insurance brokers.  In addition, she has been selected to serve on the Board of Banking Circle U.S., a bank in formation that will provide domestic and international payment and foreign exchange services to banks and payment service providers.  Previously, Mary served on the Boards of Aspiration, Green Dot Corp., and Green Dot Bank.  In addition to her corporate Board work, Mary serves on several non-profit Boards, coaches emerging executives, and provides consulting services to banks and financial technology companies.

Mary’s most recent executive role was as CEO of Green Dot Bank, a wholly-owned subsidiary of Green Dot Corp. (NYSE: GDOT).  Green Dot provides checking accounts and wage disbursement, tax refund processing, and other services to consumers and businesses. Green Dot pioneered “Banking as a Service,” working with companies such as Apple, Uber, Stash, and Walmart to integrate banking services into its partners’ offerings.  Mary’s work with Green Dot included two distinct phases:  as a Board member for the publicly-traded parent from 2013 to 2016 and as CEO of the wholly-owned bank from 2016 to 2019.  During Mary’s tenure, Green Dot quadrupled its share price, grew annual revenues to over $1 billion, and increased its market cap to over $4 billion, while the bank more than doubled its revenues and return on equity.

Before joining Green Dot, Mary was an executive at Insikt, an early stage technology startup.  Before Insikt, Mary spent seven years as an executive with Silicon Valley Bank/SVB Financial Group (NASDAQ:  SIVB), the leader in financing high growth technology and life sciences companies.  In addition to her core role as SVB’s General Counsel, Mary created a policy organization to advocate for the interests of high-growth life science and technology companies; negotiated SVB’s agreement with its joint venture bank partner in China; oversaw SVB’s U.K. and Israeli expansion during a one-year assignment as COO of SVB Global; and spearheaded a strategic review of SVB’s investment bank, SVB Alliant.

Before joining SVB, Mary lived in Europe and served as an executive with New Skies Satellites, a Netherlands-based operator of a global satellite communications system.   Mary was on the executive team that took New Skies public and, later, part of the team that took the company private in a leveraged buyout.

Mary has led companies during virtually all stages and types of growth.  She has direct experience with early stage financings, IPOs, go-private transactions, joint ventures, foreign subsidiary creation and governance, and M&A. She has held a variety of roles including CEO, General Counsel, COO, and VP, Public Policy and has been responsible for business functions including enterprise risk management, legal, compliance, R&D, tax, and internal audit.

Mary has extensive global experience. In addition to her work with SVB Global, Mary lived and worked in the Netherlands for seven years, including while serving as an executive at New Skies.  New Skies served customers in 78 countries, with operations in North and South America, Europe, Africa, India, the Middle East, Asia, and Australia, and was dual listed on the Euronext and New York stock exchanges.

Mary is deeply experienced in navigating the unique challenges facing companies in regulated industries, including financial services and telecommunications.

Mary has served on all Board committees (Audit, Compensation, and Nom/Gov).  She currently serves as the Chair of Vestwell’s Compensation Committee and as a member of Woodruff Sawyer’s Compensation Committee.  Previously, she served as a member and ultimately Chair of Green Dot’s Audit Committee, and as a member of Green Dot’s Nominating & Governance Committee.  Mary played a central role in Green Dot’s successful handling of a contentious proxy contest, representing the Board in meetings with institutional shareholders and guiding the Board through a significant membership shift.  Mary qualifies as an audit committee financial expert.

In addition to Mary’s corporate experience, she served as counsel on Senator Kennedy’s Labor and Judiciary Committees and as an attorney advising telecommunications companies.

Mary’s business knowledge and leadership skills have been recognized on a variety of occasions, including as one of the Most Influential Women in Payments (Payments Source – 2018), a Silicon Valley Woman of Influence (Silicon Valley Business Journal – 2012), and as one of the 40 Most Powerful Businesswomen in the Netherlands (de Volkskrant – 2002).