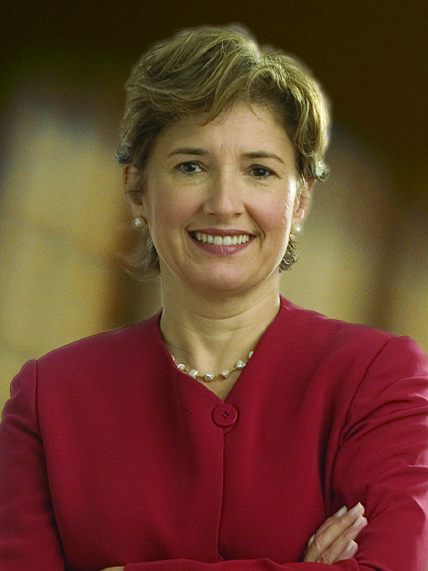 Natalia Delgado’s varied legal and business career includes acting as a senior executive of a public company, a board member of one of the largest transit systems in the world, and a partner of a nationally-recognized law firm.  Ms. Delgado is known for her leadership skills, personal integrity, and ability to easily grasp business issues and achieve practical solutions to complex business problems.

In her role as chief legal officer of Huron, Ms. Delgado created the legal and corporate governance structures necessary for the business to operate as a public company and to expand nationally and internationally, starting from a handful of venues and growing to over 15 offices offering services in numerous countries.   Huron achieved this growth by acquiring and integrating other consulting businesses in order to expand its product offerings and scope internationally.

Ms. Delgado also acted as the principal compliance officer for the company’s expanding range of consulting offerings.  As the company grew to provide services to a variety of industries subject to diverse regulatory frameworks and to challenging political and economic environments across the globe, in Asia, Europe, and the Middle East, compliance became a critical function.  Ms. Delgado led the company’s 20-person working group that developed and implemented a Foreign Corrupt Practices (FCPA) prevention program, including the development of internal controls and procedures, both financial and legal, employee training, and risk monitoring.  She also served on the investment committee for the employee retirement investment fund.

During her tenure at Huron, Ms. Delgado served as the in-house counsel and lead executive in an internal investigation by the audit committee of accounting irregularities that led to a major financial restatement and resulted in “bet-the-company” litigation.  As a result, she possesses in-depth experience with sensitive internal investigations, as well as an understanding of the roles of the board, the audit committee, and the outside auditors in grappling with a financial crisis and a governmental investigation.  She successfully and swiftly resolved class action litigation and secured funds for settlement from the insurers under director and officer policies.

Prior to joining Huron, Ms. Delgado engaged in the private practice of law for over 20 years as a corporate and securities lawyer, representing clients in mergers and acquisitions, including as a partner at Jenner & Block, a nationally-recognized law firm based in Chicago.

Ms. Delgado retired from Huron at year-end 2011 and, after more than 25 years in Chicago, she moved to New York to join her family.  She created the Cuba Capacity Building Project at Columbia Law School, an initiative designed to foster the development of the legal institutions necessary for Cuba to transition to a more market-based economy.  As part of that project, she created a website at Columbia Law School to reach Cubans and those interested in Cuba’s economic development.  In three years, the website, Horizonte Cubano (Cuban Horizon) has obtained over 100,000 regular users and its articles are disseminated through numerous portals in Cuba.  She estimates that there have been over a million page views (over a third from Cuba) and from academic, governmental, and press institutions, as well as individuals in over 200 countries.

Since the beginning of her career, Ms. Delgado has devoted some of her energies to civic and charitable organizations.  In particular, she served for five years on the board of the Chicago Transit Authority (CTA), one of the largest public transit systems in the world, with a workforce of over 12,000 employees.

She has served on the board of the National Women’s Law Center for over 20 years and as Co-Chair of the Appleseed Foundation’s national board.

Ms. Delgado, who was born in Cuba, graduated from the University of Michigan Law School and Oberlin College.  She is fluent in Spanish and has a working knowledge of French and Portuguese.