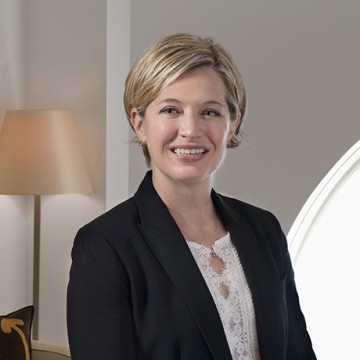 Sarah C. Miller is a former corporate executive with extraordinary experiences in the boardroom of a Fortune 500 company and now a shareholder with a leading regional law firm, counseling oil and gas clients regarding commercial, operational, transactional, and governance matters.  She can contribute her knowledge regarding the energy industry, executive leadership, corporate governance, major transactions, shareholder engagement, securities and capital markets, legal, strategic planning, change management, and crisis management in the public company boardroom.

Miller served as Senior Vice President and General Counsel of The Williams Companies, Inc. (NYSE: WMB), an energy infrastructure company focused on connecting North America’s hydrocarbon resource plays to markets for natural gas and natural gas liquids.  As General Counsel, Miller was a member of Williams’ executive officer team, with responsibility for all aspects of Williams’ legal department, ethics and regulatory compliance, government affairs, and records and information management, managing up to 93 employees.

Miller counseled Williams through the tumultuous and highly publicized events that began upon Williams’ settlement of the demands of activist shareholders to join its board.  She provided strategic leadership and counsel to Williams’ board of directors and executive team during Williams’ evaluation of its strategic alternatives to a merger proposed by Energy Transfer Equity (NYSE: ETE); execution of its merger agreement with ETE upon approval by eight of Williams’ thirteen directors; and ETE’s subsequent efforts to terminate the merger, realized after the Delaware Chancery Court found, in an expedited trial, that a closing condition could not be satisfied when ETE’s lawyers declared themselves unable to deliver a tax opinion.  She continued such leadership and counsel when Williams re-initiated its standalone strategy and recomposed its board upon the departure of six of its thirteen directors, including collaborating to design and execute its response to an ultimately withdrawn proxy contest.

Miller joined Williams in 2000 and held positions within its legal department of increasing seniority, including Corporate Secretary with responsibility for engagement with and coordination of the activities of the boards of directors for Williams and its master limited partnerships.  Miller led special projects, including multiple “dropdowns” of assets from Williams to Williams Partners, LP (NYSE: WPZ) as negotiated with its conflicts committee; Williams’ acquisition of Access Midstream Partners, L.P. (NYSE: ACMP), and the merger of ACMP and WPZ; and Williams’ spin-off of its exploration and production subsidiary WPX Energy Inc. (NYSE: WPX).  Miller has also managed multi-million dollar legal disputes, assessing business objectives, facts and risks to design and execute strategies for successful outcomes, at times through favorable settlements and at other times trial victories.

Miller has prior experience as a public company board member, having served as a director and member of the risk and compensation committees of ACMP from July 2014, upon Williams’ acquisition of ACMP, until ACMP’s February 2015 merger with WPZ.