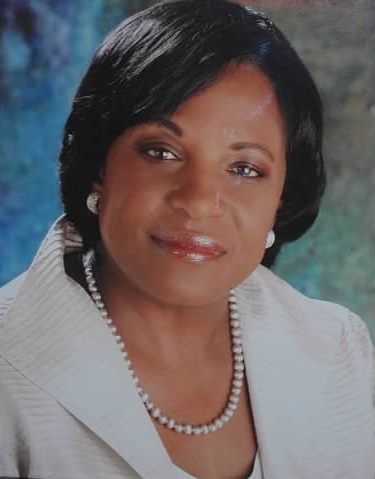 Pamela Lynn Carter has been a social worker, a corporate executive, an attorney, an elected official and director of for profit and non profit boards. She is a wife, a mother of two married children and a grandmother of three.

Her career is varied but joined together by a common thread—service to others and the pursuit of excellence. Inspired by a childhood meeting with Dr. Martin Luther King, Jr., Carter sought throughout her career to advance people’s rights in ways that strengthened the community overall. She was elected attorney general of the state of Indiana in 1992, making her the first African American woman in the United States to hold the position.

Carter serves on four public boards: CSX Inc, a freight and intermodal rail transportation company, where she serves as Chair of the Finance Committee; Hewlett Packard Enterprise,   an IT and technology company, where she serves as Chair of the HR and Compensation Committee; Enbridge Inc, the largest oil and gas pipeline company in North America where before the merger last year with Spectra Energy served as Spectra’s Chair of the Corporate Governance Committee; and, Broadridge Financial Solutions, a financial technology and communications servicing company. Carter served on her first corporate board with Meijer, Inc., a privately held, super center chain company. She served with Meijer for 10 years.

Carter was born Pamela Lynn Fanning on August 20, 1949, in the southwestern Michigan town of South Haven, and was raised in Indianapolis, Indiana. Her Father is Roscoe Hollis Fanning, a former businessman and her mother is Dorothy Elizabeth Fanning, a former teacher and reading and math specialist. Listening to the stories of her parents and grandparents, Carter learned about the often-painful history of her family and of African Americans in the United States. She learned most about their resilience and their success over almost insurmountable odds and the necessity to give back as one progresses. As a teen, she marched with Dr. King for civil rights and justice. Dr. King and Justice Thurgood Marshall inspired her to public service and the law as did her paternal grandfather.

Carter attended the Jesuit run University of Detroit graduating with honors in 1971. She met and married her husband, Michael Anthony Carter, a fellow honor graduate at the University. She received her masters degree in social work from the University of Michigan and her law degree from Indiana University McKinney school of law. She completed the Harvard Kennedy School of Government in Public Administration Program for Senior Executives. Carter holds four honorary doctorate degrees.
Carter has been a litigator, a securities law chief prosecutor, an associate at a large firm, a partner, a Vice-President General Counsel and Corporate Secretary of a Fortune 200 company and attorney general of the state of IN.

In 1992, Carter ran for and was elected attorney general of the state of IN. She ran a campaign that promised new energy and excellence in the attorney general’s office. The campaign was a tough and sometimes harsh one where her race and gender were attacked by her opponent.

Carter won with 52% of the vote. Carter became the first woman and the first African American in Indiana to be elected to that office and the first African American woman in the United States to do so. She also became the first Democrat to be Indiana attorney general since the mid- 1960’s. One of her first acts upon winning the office was to increase the number of women and people of color as leaders and as lawyers and staff to the office.

During her four years in office, Carter worked hard to represent the citizens, winning more cases in the U.S. Supreme Court than any other attorney general in the nation. Her office also won five times the coveted best U.S.Supreme Court briefs awards. These wins resulted in a rule called the Indiana Rule which prohibited any one office from winning all of the best briefs award going forward. She personally argued and won a federal appeals court case that protected the Indiana’s Rape Shield Law. A rape shield statute limits a defendant from introducing evidence or cross-examining a rape victim about her/ his past sexual history. Further, it prohibits the publication of the alleged victims’ name.

Carter was diagnosed with breast cancer during her time as attorney general and decided at the end of her term to not pursue public life.

Carter became the Vice-President, General Counsel and Corporate Secretary of Cummins Inc,   a designer and manufacturer of diesel and alternative fuel engines. One of her key tasks was to resolve the diesel emissions federal lawsuit against all diesel engine manufacturers. Carter and the Chief Technology Officer helped to resolve the case. Cummins became and remains the leader in producing clean diesel engines.

Cummins Distribution business has a presence in 190 countries, oversees 13,000 employees and has annual revenues of $6 billion dollars. Carter grew the business from a $1.5 billion to $5 billion in four years and through the Great Recession and oversaw one of the largest acquisitions in Cummins history.

Carter is the first woman to run one of the four business units at Cummins. She retired from Cummins in 2015.