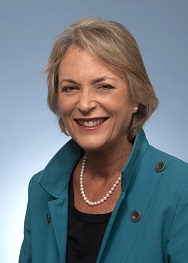 Karen Cottle has fifteen years of experience as a General Counsel of public companies. From 2002 to 2012, she was Senior Vice President, General Counsel and Corporate Secretary of Adobe Systems Incorporated. As a member of Adobe’s senior management team, Karen was involved in all aspects of the company’s business, and managed the global legal function with responsibility for all matters including corporate governance, securities, M&A, compliance, intellectual property, licensing, product support, litigation, public policy, privacy and anti-piracy enforcement.

Prior to joining Adobe, Karen served as General Counsel for Vitria Technology, Inc., where she was the first general counsel for the public software company and was responsible for all legal matters. Prior to Vitria, Karen was Vice President, General Counsel and Secretary of Raychem Corporation. She acted as division counsel at Raychem before being promoted to the General Counsel position.

Prior to joining Raychem Corporation, Karen was a partner at Farella, Braun and Martel in San Francisco. She is currently a Senior Counsel in Sidley Austin’s Corporate Governance and Executive Compensation group in the firm’s Palo Alto, California office.

In 2012 Karen received Corporate Board Member Magazine’s Top General Counsel Award, and a Transformative Leadership Award from Inside Counsel magazine.

She is a Board Member of the American Arbitration Association and Hope Services in San Jose, California.